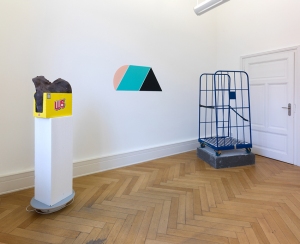 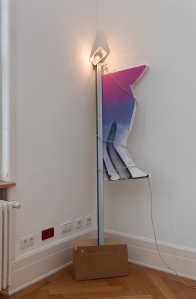 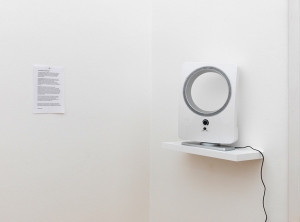 The Dust-Market of the Western World

It consisted of chambers – a wide network, mazelike lots, subterranean.
The market-system was similar to the one of the Hair-Carpet-Makers.
In the beginning the Dust-Market only related to the Western World.
It turned out later that the rest of the world was part of it as well.
Keyword: Symbiosis

The Dust-Markets‘ hierarchy was ruled by the supreme figure called
’Dust-Market‘s-President‘. He was in charge of the Key: the universal
key that allowed him to access all parts of the market.
It was his job to make sure that commercial laws were followed.
His authority was demonstrated simply by the very fact of his being.
He was the trusted head – the experience of his power was instantaneous,
this was true.

The Market had two problems. The first one was the wind:
powerful storms – the reason for being underground – that frequently
intruded upon the system of chambers – a catastrophe that suffocated
thousands of merchants. The second problem was the article of exchange
itself. Many of the merchants starved because they were only able to trade
dust with dust. Some of them died of thirst. The goods the dust once was
have long been forgotten. Some of the oldest merchants still had faded
memories in their mind.

To get into the league of Dust-Traders
certain abilities were required; a moral sense and a natural conscience.
In addition they did not want to hunt nor gather, but that was not necessary
because there was enough dust. There were attempts to reduce the amount
of dust but the market was flooded with foreign imports.

Now they stand in front of the facades – what remains of their existence.
Behind them are the streets and the rooms. Perplexed they gaze into the
sunset, dreaming of the good old times – somewhat Neolithic-like conditions.

All works and texts © by Christoph Esser
Photografie © by Wolfgang Günzel